These are the books that we highly recommend you read to free yourself from false religions. 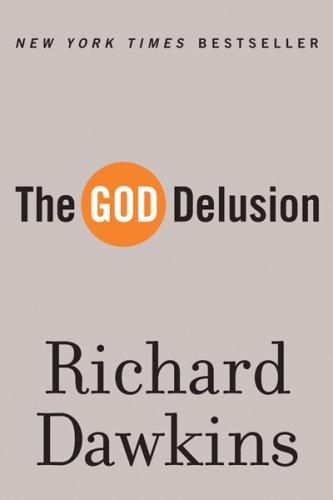 The God Delusion is the must-read book above all of the others here. This one book alone could help you leave false religion behind.

A preeminent scientist -- and the world's most prominent atheist -- asserts the irrationality of belief in God and the grievous harm religion has inflicted on society, from the Crusades to 9/11.

With rigor and wit, Dawkins examines God in all his forms, from the sex-obsessed tyrant of the Old Testament to the more benign (but still illogical) Celestial Watchmaker favored by some Enlightenment thinkers. He eviscerates the major arguments for religion and demonstrates the supreme improbability of a supreme being. He shows how religion fuels war, foments bigotry, and abuses children, buttressing his points with historical and contemporary evidence. The God Delusion makes a compelling case that belief in God is not just wrong but potentially deadly. It also offers exhilarating insight into the advantages of atheism to the individual and society, not the least of which is a clearer, truer appreciation of the universe's wonders than any faith could ever muster. 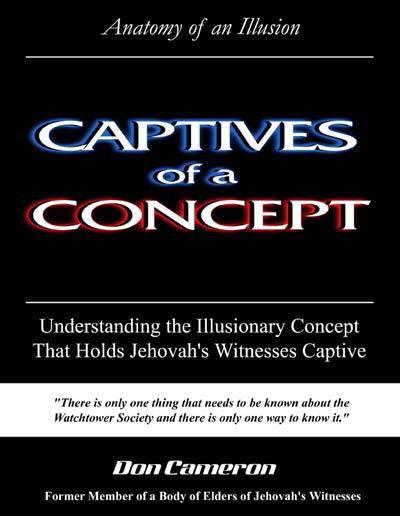 Captives of a Concept - Don Cameron

"You'll never get sick. You will never grow old. And you will never die." Although these words come from the movie "Cocoon," they could have come from the Watchtower Society because this is the same thing they have been proclaiming for decades as part of "the Creator's promise of a peaceful and secure new world that is about to replace the present wicked, lawless system of things." This very appealing prospect attracts many people to begin to study the Bible with Jehovah's Witnesses. It then sustains them as they eagerly wait for the fulfillment of this promise.
But during the course of their study they get drawn into an illusionary concept involving the Watchtower organization that gradually takes over their decision-making process and even their conscience without them realizing it.
The book is designed to help the reader understand the illusionary concept mentioned by Raymond Franz on page 296 of his Crisis of Conscience, which holds Jehovah's Witnesses (and even their Governing Body) captive by dominating and controlling how they think and act. 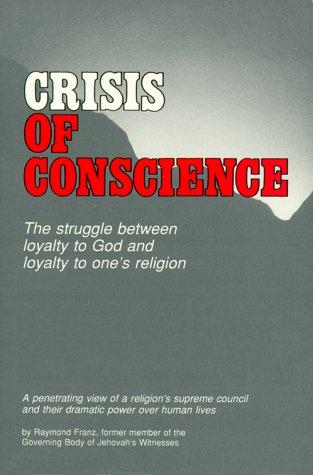 Crisis of Conscience is a biographical book by Raymond Franz, a former member of the Governing Body of Jehovah's Witnesses. The book is a major study and exposé of the internal workings of the Watch Tower Bible and Tract Society during the 1960s and 1970s.

Franz spent 42 years as a Jehovah's Witness, serving as a full-time preacher in the United States and a missionary in Puerto Rico and the Dominican Republic. In 1965 he became a member of the religion's headquarters staff in Brooklyn, New York, where he was assigned to help research and write the Bible encyclopedia Aid to Bible Understanding and in 1971 appointed as a member of the religion's Governing Body.

His expulsion was reported by Time magazine in February 1982. Franz claimed he declined repeated requests over the next two years for further media interviews about the workings of the Watch Tower Society, but in 1983 decided to end his silence after a number of Watchtower articles criticised the motives, character and conduct of former Witnesses who conscientiously disagreed with the organization. One article described dissidents as being "like... Satan," "independent, faultfinding," "stubborn," "reviling," "haughty," "apostate" and "lawless". 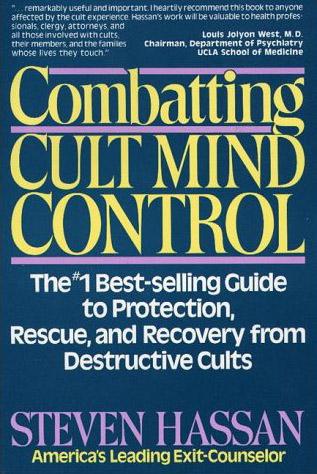 A former cult member, now a counselor helping those affected by destructive cults, Hassan exposes the troubling facts about cults' recruitment, their use of psychological manipulation, and their often subtle influence on government, the legal system, and society as a whole.

This updated paperback edition includes a new preface by the author and an expanded bibliography and resource list. 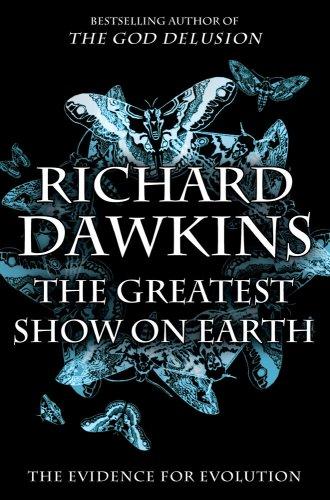 Richard Dawkins transformed our view of God in his blockbuster, The God Delusion, which sold more than 2 million copies in English alone. He revolutionized the way we see natural selection in the seminal bestseller The Selfish Gene. Now, he launches a fierce counterattack against proponents of "Intelligent Design" in his latest New York Times bestseller, The Greatest Show on Earth. "Intelligent Design" is being taught in our schools; educators are being asked to "teach the controversy" behind evolutionary theory. There is no controversy. Dawkins sifts through rich layers of scientific evidence—from living examples of natural selection to clues in the fossil record; from natural clocks that mark the vast epochs wherein evolution ran its course to the intricacies of developing embryos; from plate tectonics to molecular genetics—to make the airtight case that "we find ourselves perched on one tiny twig in the midst of a blossoming and flourishing tree of life and it is no accident, but the direct consequence of evolution by non-random selection." His unjaded passion for the natural world turns what might have been a negative argument, exposing the absurdities of the creationist position, into a positive offering to the reader: nothing less than a master’s vision of life, in all its splendor. 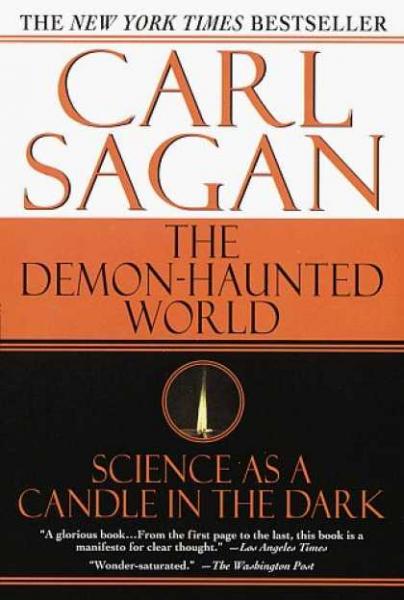 How can we make intelligent decisions about our increasingly technology-driven lives if we don't understand the difference between the myths of pseudoscience and the testable hypotheses of science? Pulitzer Prize-winning author and distinguished astronomer Carl Sagan argues that scientific thinking is critical not only to the pursuit of truth but to the very well-being of our democratic institutions. Casting a wide net through history and culture, Sagan examines and authoritatively debunks such celebrated fallacies of the past as witchcraft, faith healing, demons, and UFOs. And yet, disturbingly, in today's so-called information age, pseudoscience is burgeoning with stories ofalien abduction, channeling past lives, and communal hallucinations commanding growing attention and respect. As Sagan demonstrates with lucid eloquence, the siren song of unreason is not just a cultural wrong turn but a dangerous plunge into darkness that threatens our most basic freedoms.