Many Jehovah’s Witnesses may be surprised to know that the founder of their religion Charles Taze Russell founded the Jehovah's Witness religion based on Pyramidology. Russell tied in the measurements of the internal passageways of the Great Pyramid of Giza to first calculate the pivotal date of 1914. That's right, 1914 was based on the measurements of pyramids!

So, then, if we measure backward down the "First Ascending Passage" to its junction with the "Entrance Passage," we shall have a fixed date to mark upon the downward passage. This measure is 1542 inches, and indicates the year B.C. 1542, as the date at that point. Then measuring down the "Entrance Passage" from that point, to find the distance to the entrance of the "Pit," representing the great trouble and destruction with which this age is to close, when evil will be overthrown from power, we find it to be 3457 inches, symbolizing 3457 years from the above date, B.C. 1542. This calculation shows AD. 1915 as marking the beginning of the period of trouble; for 1542 years B.C. plus 1915 years AD. equals 3457 years. Thus the Pyramid witnesses that the close of 1914 will be the beginning of the time of trouble such as was not since there was a nation -- no, nor ever shall be afterward. And thus it will be noted that this "Witness" fully corroborates the' Bible testimony on this subject...

In 1928 the Watchtower society abandoned the pyramidology from their religion but kept the 1914 date, which required them to come up with a new way of calculating it because it is so pivotal to their religious beliefs. To do this, they had to fudge the numbers of the fall of Jerusalem to 607 BCE, when all reference books, both secular and religious, agree that Jerusalem was actually destroyed in 587-586 BCE.

Below you can see the grave site of Charles Taze Russell, and a memorial pyramid stone put there by the Watchtower society. Also interesting is the cross on the stone, which Jehovah's Witnesses later denounced. 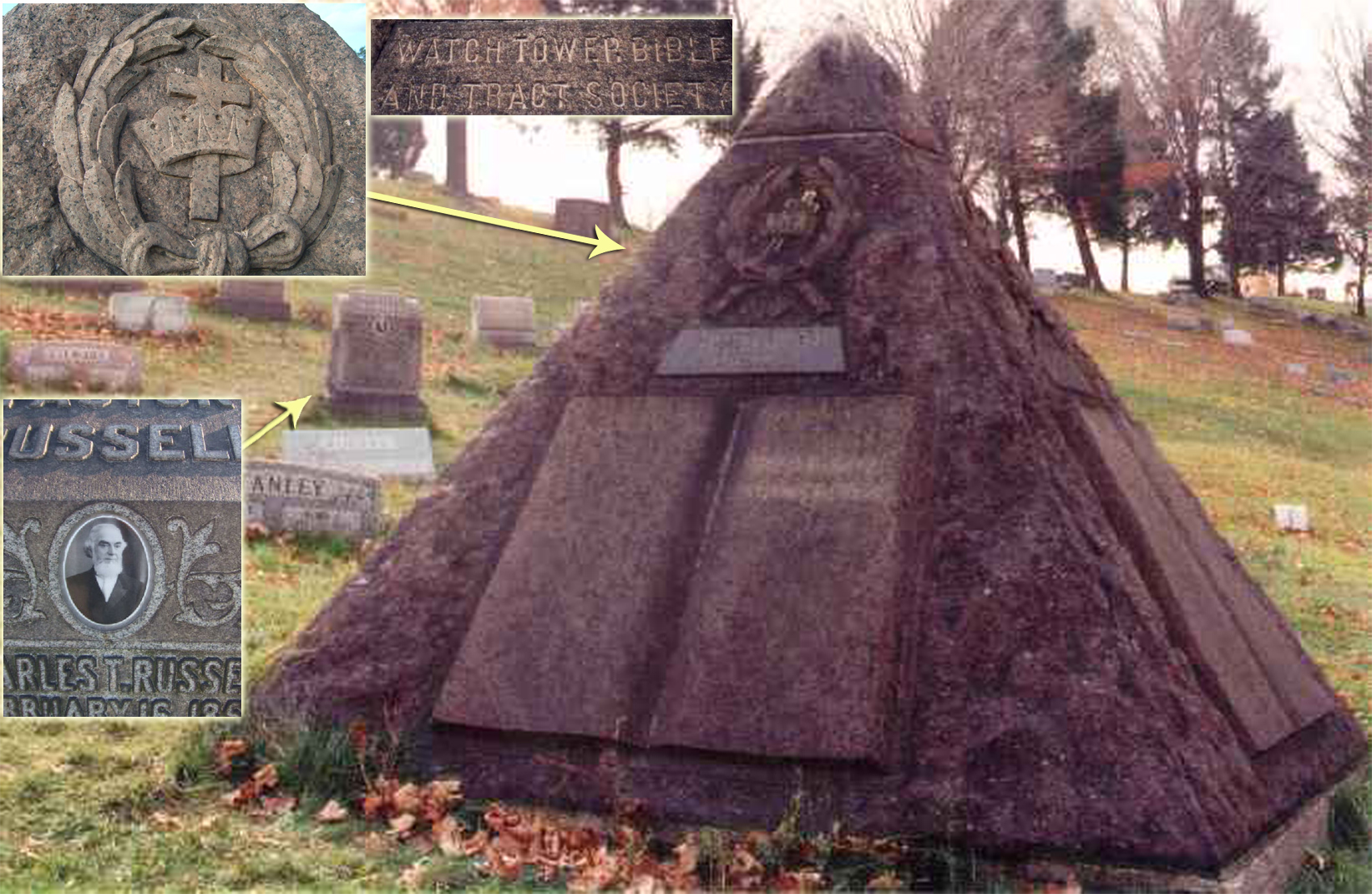